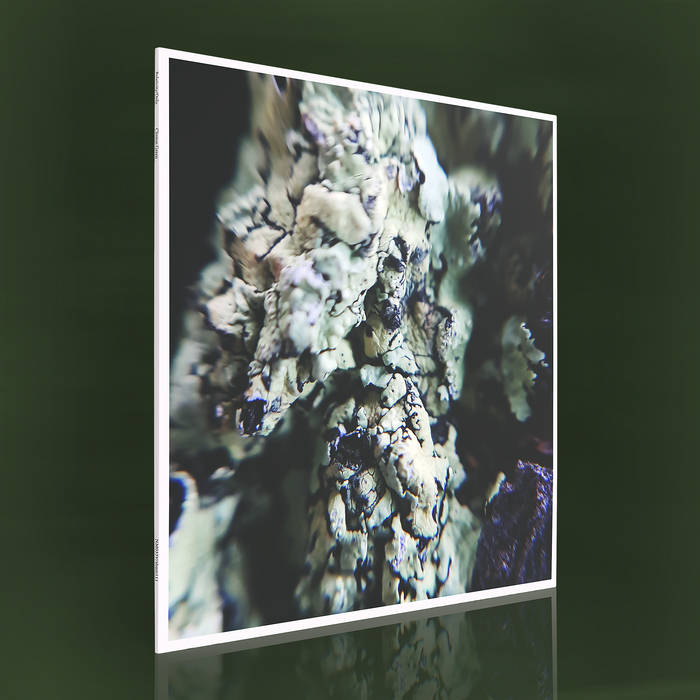 Limited edition of 100 vinyl LPs available from nicemusiclabel.bandcamp.com and shamefilemusic.com

'Relativity/Only' is Green's clearest refinement of the dutiful and curious work he has cultivated over several years in recording his gently automated percussion experiments. Green conjures a celestial zoom view of a very private cosmos, using turntables as a source of movement and various static or suspended instruments and repurposed objects, captured in a softly endless world of binaural ambience. Unable to repeat a single step or rhythm given the mostly hands off methods Green employs within simple physics and gravitational axioms, this pointillist approach to automatic composition almost relegates time or duration to redundancy. Encouraging the listener to either take in the view as a moment's glimpse or to become deeply engrossed in its crevices, Green's work offers as much or as little as the senses care to seek. Perhaps akin to watching a fireplace at night or witnessing ants marching through the grass.

Percussion ephemera recorded this quietly could indeed pass experientially as 'ambient music' at this point, but a rare kind in its strict absence of any electronic signal or sustained tones. And is ambient music dictated by how little it distracts the ear? Surely a misnomer if so. Green's loving supervision of these quietly magical instant compositions splays his work bewitchingly over many worlds of compositional reference; a spectral wonder given only the most skeletal elements do all the talking.

Clinton Green is a writer, researcher and legendary patron of Australian experimental and outsider music, as well as the founder of Shame File Music. He has released numerous solo and collaborative recordings both under his own name and as Undecisive God - find more at clintongreenmusic.com

"Relativity/Only is a recording of a kinetic sculpture at work, and the resulting sounds are strictly percussive—metal on metal, drums being struck, wooden objects being dragged across surfaces…It’s one of my favorite musical experiences I’ve had this year" – Tone Glow 059

"Clinton Green […] presents a new LP and again the turntables play an important role, like in much of his recent work […]. Unlike in the work of many other musicians with the same apparatus, here [it is] to hit upon objects around it. In Green’s case, this is mostly percussion objects, drums, and bells. The cover has a better wording for this process; “beaters and objects suspended from an overhead swaying horizontal pole strike percussive objects on three rotating turntables”. I assume Green moving around these turntables, placing new objects, removing old and keep the music vibrant and energetic. The one thing this is not is static. One may suspect that the rotation of the turntable leads to a steady rhythm, which Thomas Brinkman once cleverly turned into dance music, but none such is the case here. On this LP we find four pieces, two on each side. It is difficult to tell the two per side apart; on the first side everything is fast and on the other side everything is slow. That is an interesting choice, I think but it works very well. Side A is a wild ride, chaotic mostly, from moving and removing all these objects around the three turntables, a hybrid of sound, ants crawling around sort of thing. The two on the other side are meditative touches, scratches upon a surface and is of delicate sparseness. Here too nothing stays the same for very long, or, maybe not at all. It shares, however, the same love for the chaos as on the other side, which curiously ties both ends together. This is another most enjoyable record from Green, […] a fine example of the sort of turntable usage I enjoy very much" – Vital Weekly #1296