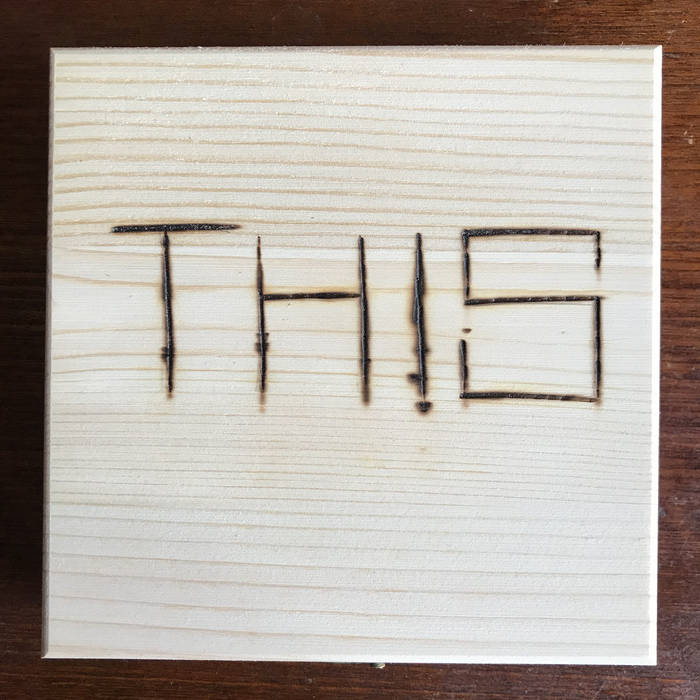 Suddenly, there was a stick to dig a hole.

Now countless years into the future, we await, anticipating more than competition and violence. I am drawn in, and ultimately mesmerised. Later that night, I began to clearly see the de-centralised nature of an awakened awareness, baked to a crisp by a relentless sun on the inside AND the outside. Unobserved, the need for acknowledgement will run away with the spoon leaving nothing to chance. It must be said that no two instances are ever the same, hence, a sense of permissiveness and luxuriousness pervades us.

Mammoth live recording from 2016 of Ren Walters’ large-scale improvising inter-disciplinary collective, the culmination of the group’s intuitive development over a number of years of ritualistic performances. “Brown Paper Business” takes the form of an organically-developed/improvised operetta where the unique culture of the group allows the development of recurring themes and motifs over extensive durations.

THIS Ensemble, Ren Walters’ large-scale improvising group, began around 2006 with the main defining characteristic that the line-up would be different for each performance. Ren worked with various forms of structured improvisation in the Ensemble, such as giving different directions to separate musicians and durational guidelines.

By 2013, Ren’s direct influence on other members had almost completely dissipated, yet his subtle role in bringing and fostering engagement between a range of individuals was pivotal. In 2014, the group broadened to include performers from other disciplines beyond music, such as dancers and actors. This “MKII” version of the group was broadly active from 2014-2016, mostly performing at Moreland City Band Hall, in Cross Street, Brunswick. These sparsely-attended performances played out in increasingly-longer and sprawling durations, often continuing into the early hours of the next morning. The line-up continued to be fluid for each performance, with a group of 5-6 regular participants emerging to form a core.

The recordings here on Brown Paper Business come from THIS Ensemble’s second-last performance at Cross Street. It represents something like a culmination of the group’s performances and actions over the previous two years.

Beyond the Cross Street venue, the group conducted tours of regional Victoria from 2015 onwards. THIS Ensemble has occasionally emerged for further performances since 2016, usually in a regional or rural setting, and often for private performances or ritual events. Ren says THIS Ensemble still has unfinished business.

Yes, it was a Brown Paper Business, liberated from the thought, like an abrasive touch, skirting the inevitable dream, sullenly paid for many times over no doubt. Seemingly slit in flesh, barricaded from any contrary imaginings by some wistful, pink, redundant applause, the burial site resembled a linear conception gently displaced by clusters of intensities. This open hole and unimagined vista being a calculated way of distracting the mind from the truth of the matter.

"…its slowly shifting landscape and slyly circular structure reward a more-than-casual engagement. Brown Paper Business is huge, yes, and frequently very difficult music, but it is also one of the most fun experimental albums I’ve heard in a long while" – Tone Glow 059

Recorded by Ren Walters.
Edited by Clinton Green.
Mastered by James A. Dean.