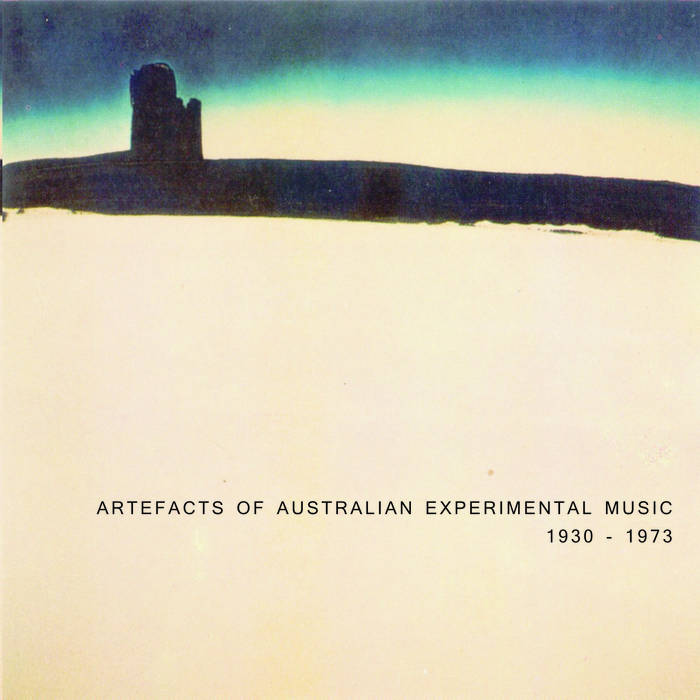 (Also, my cats kept staring at the speakers the whole way through, like the sound was prey. Good result.) Favorite track: Soundtrack for Eikon (1969).

A landmark in the history of Australian experimental music, this album documents for the first time the forgotten pioneers like Percy Grainger, Jack Ellitt, the McKimm Rooney Clayton Trio, Keith Humble and more.

...one of those rare compilations whose desire to edify is equalled by its unabashed enthusiasm, and whose audio matches and sometimes exceeds expectations. Musically, it answers many questions about our history and poses still more - The Wire, August 2007.

Anyone who enjoys the avant-garde or have ever been curious about Australia's experimental scene will find this to be essential. An important piece of audio history, don't pass this up - The Run-Off Groove #163

With this compilation, Melbourne musician and experimental music aficionado Clinton Green has assembled 14 tracks in an attempt to address exactly this problem. Making no claims to be comprehensive (let alone exhaustive), Artefacts of Australian Experimental Music documents examples of Australian artistic participation in that sustained attempt by 20th century music makers around the world to break the stranglehold that conventional musical practice had on sound and tonality within western music - Realtime Arts Magazine

Over the past 15 years, enthusiastic label owners have unearthed and released pioneering experimental music from around the world, placing it in a historical context and exposing it to a new generation of listeners. Artefacts… continues this quest, posing the question, “What came before?” and answering it from an antipodean perspective. The extensive liner notes accompanying Artefacts… are essential in outlining the secret history of Australian experimental music, but most importantly, the artefacts that Clinton Green has unearthed deserve to be heard on their own merits - Cyclic Defrost #18.

Elegantly packaged, with extensive liner notes, including a bibliography, its historical importance is as palpable as the often exciting and exhilaratingly experimental sounds it contains - Music Forum: Journal of the Music Council of Australia 14(3).

...a true labour of love, one that’s intelligently curated and successfully makes a comprehensive exploded diagram out of a far too sketchy past. Great! - Terrascope Online, January 2008

...The liners are exquisite. Green distills his knowledge into short descriptions that illuminate and intrigue. A perfect job. The track selection, likewise, is simply brilliant. Every single piece here is electrifying...I'm completely blown away. This is utterly amazing - Aiding and Abetting #304

Originally released on CD by Shame File Music in 2007.

Every attempt has been made to contact the copyright owners of the recordings and images included here. Owners not credited should contact Shame File Music.

This project has been assisted by the Australian Government through the Australia Council, its arts funding and advisory board.